36. BLACKBIRDS, TEAPOTS AND HOLKEN HALL - BUT NOT IN THAT ORDER.

While my kiln was working away on a glaze firing, Alan and I went on a trip northwards for a couple of days to the Lake District.  Just south of Lake Windermere to be exact.  Cold? Oh yes, I should say so, but very beautiful. 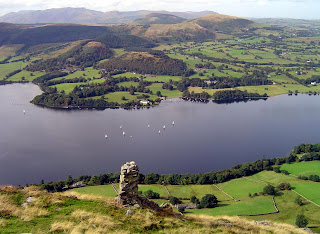 And we visited Lord and Lady Cavendish at Holken Hall.
We don't know them personally, of course, but we paid our money and had a good nosey around their castle-like home. 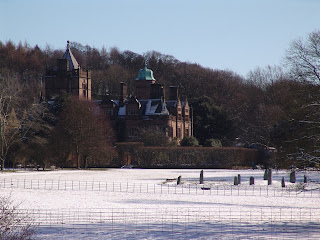 Below is the vast library where Queen Mary spent many hours hiding from the paparazzi after her son, King Edward VIII, announced his love for US divorcee, Wallis Simpson, and expressed his intention to abdicate the throne in the December of 1936. 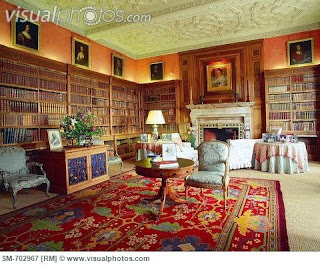 And here is the dining-room where she probably found it hard to enjoy a single mouthful of that year's Christmas lunch. 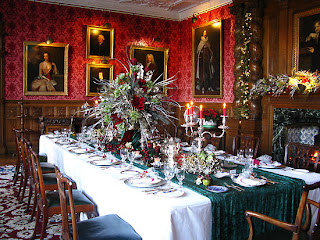 I hope they remove the enormous floral display before the turkey arrives! Some parts of that could poke your eye out.

But it was lovely to return to our humble abode and have a look at what was waiting in the kiln.

The two teapots that I made in the previous post came out very well. And I've made some small cups to match them. 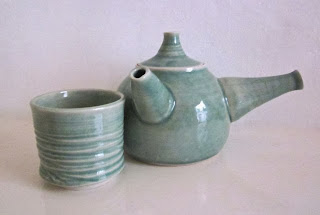 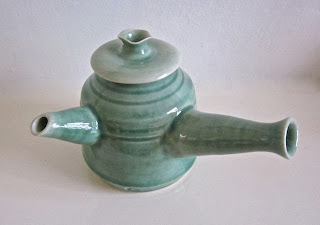 I have been trying out a much darker green glaze called Northern Woods.
(Very appropriate to this post, I now realise) 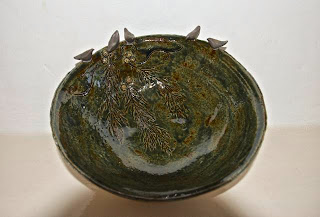 I have been making lots of these little blackbirds and putting them in a plastic lidded container to keep damp for when I need them. They'll stay just as I made them for a couple of weeks – maybe even more if well sealed. 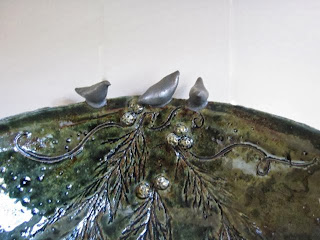 I painted them with manganese to get this bronze/metallic look. And I fixed them on with paperclay slurry. (See previous post for paperclay recipe.)
This glaze shows texture really well. 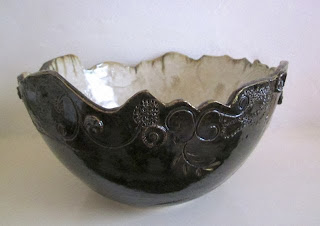 To create the sgraffito markings I used a sharp pencil. This works better for me than a needle or other potters' tools. I feel that I am really drawing by using a pencil and I never feel that with other tools. 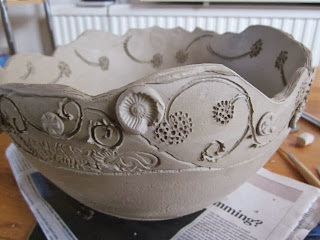 Bits of clay stick in the markings as you make them, but just leave them until the pot dries out a little and then brush them off with a stiff paint brush.

And finally, my obsession with adding beads to everything is still with me. 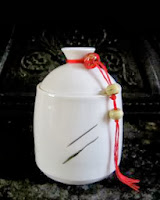 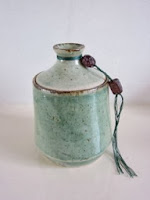