Lanzarote is one of the Canary Islands off the coast of Morocco, and its most notable feature is that it's covered in black volcanic lava. Every house is painted white, by law, thanks to the artist Cesar Manrique who had a major influence on planning regulations and achieved sympathetic development of tourism from the governing body.
The result is a beautiful black and white landscape, and one that Alan and I love. 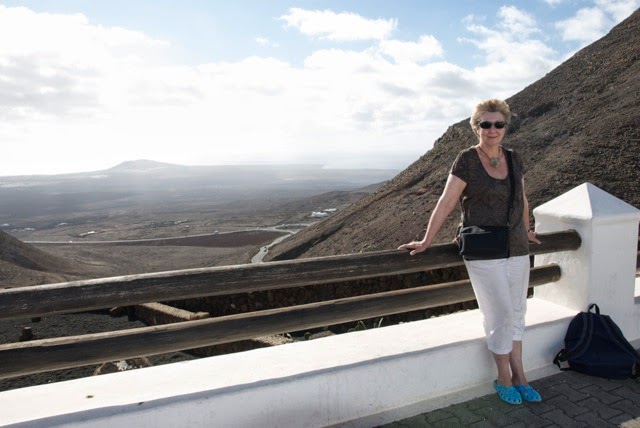 We visited there last month with our daughter Rosie and grandson Hector. And I think it's no coincidence that most of the pots I have just taken out of the kiln have been black or white. 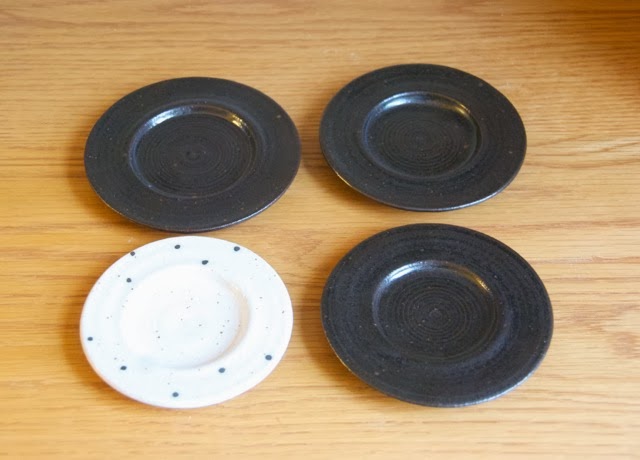 I recently saw a photograph of some quite small plates about 5inches in diameter, and they reminded me of the small plates my grandmother served slices of cake on. In fact she called them cake plates. So I thought I would introduce the idea of a plate for this sole purpose into my next exhibition. 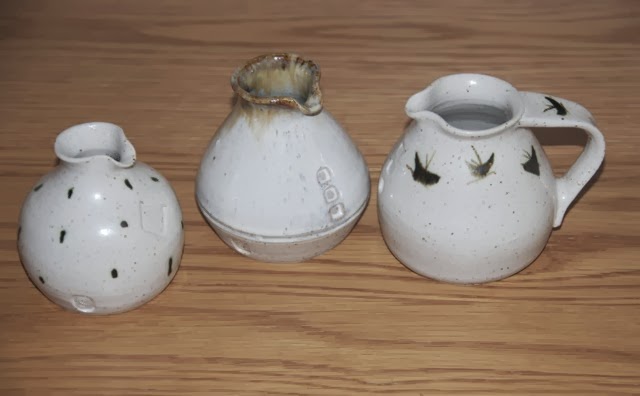 I love making jugs. I used a few brush strokes of oxide to create the pattern on the right-hand jug. It could be a boat or moth or nothing at all, but I liked it so much that you'll see it again, make no mistake. The other two are Grab Jugs (no handles) They are always popular, I can never make too many. 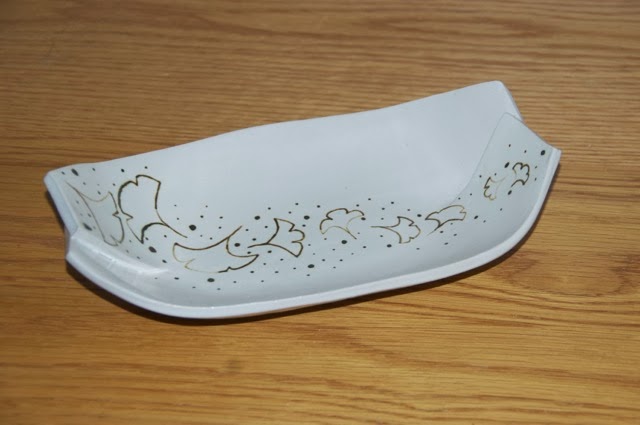 A spot of hand-building. The ends were cut then overlapped. It creates a more oval shape than this photo shows. So here we are..... 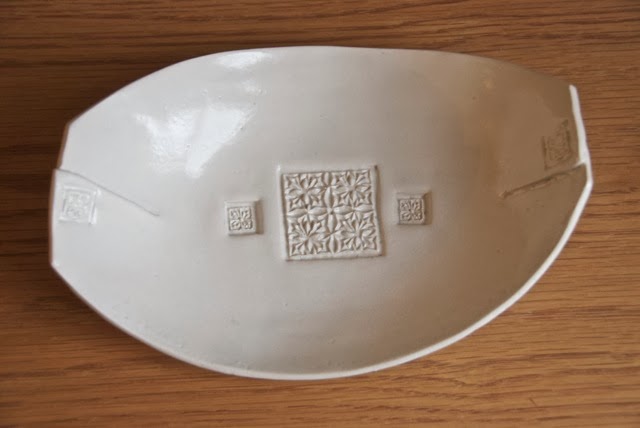 The same technique and this one was stamped with two Indian wood blocks that I bought in the old town of Teguise in Lanzarote. 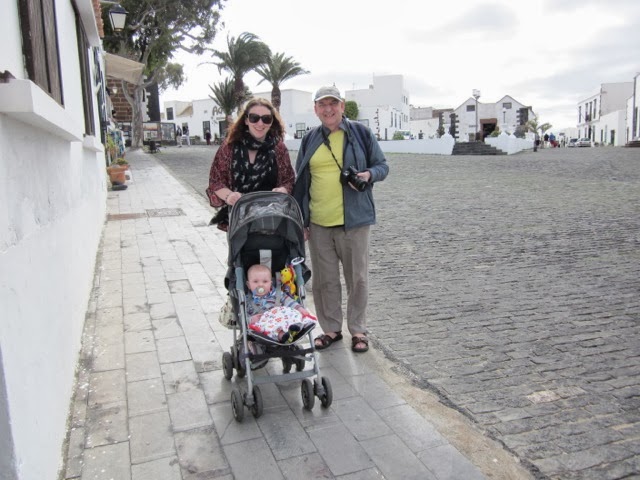 Alan, Rosie and Hector outside the shop 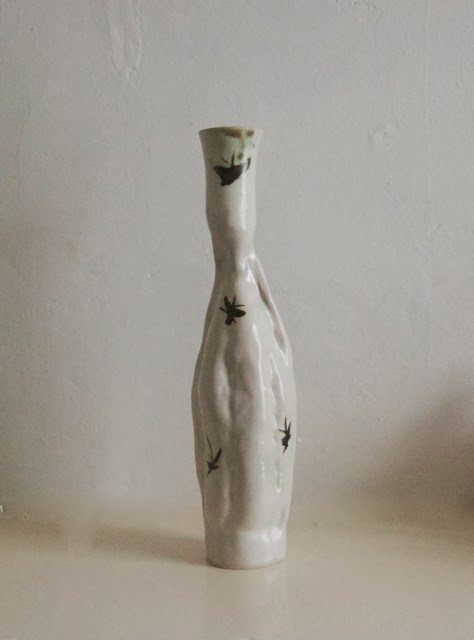 Here's that mothy, boaty pattern again. You may have seen my sweet potato mould I made a while ago. I've never found a better, more knobbly vegetable. The top is an added thrown piece. 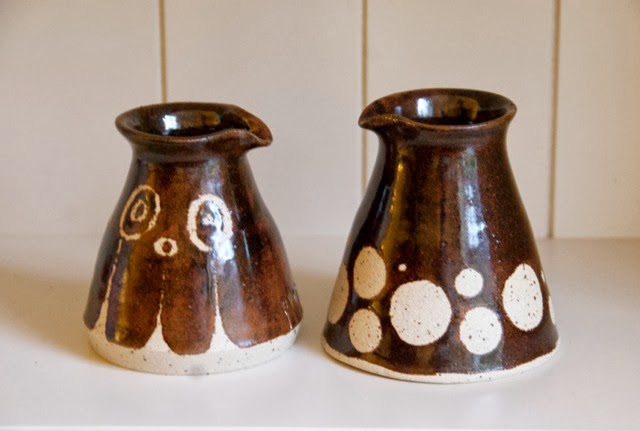 OH WOW COLOUR !  Wax painted on before glazing gives a very rough and ready effect. I dipped them in Tenmoku when the wax had dried out. 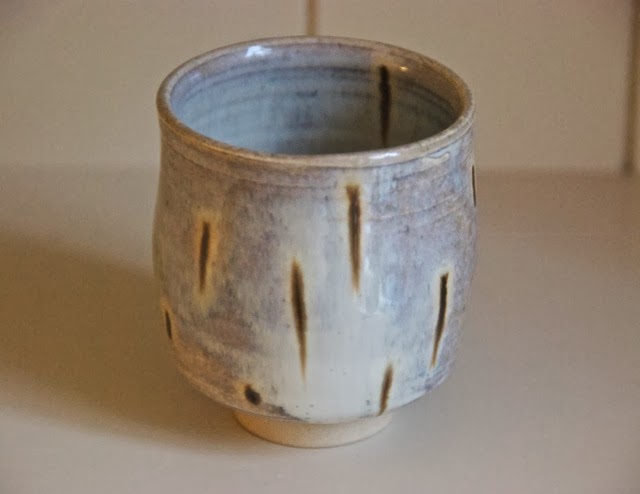 This was a complete surprise, but a welcome one. I had painted on small oxide dots before the bisque firing.  (Manganese and copper carbonate) However, when I had dipped it in a glaze called Marguerite and placed it on the bottom shelf of the kiln (the hot spot in my kiln) the dots became streaks. Brilliant. But can I ever achieve this again???

And finally......a moment of madness. 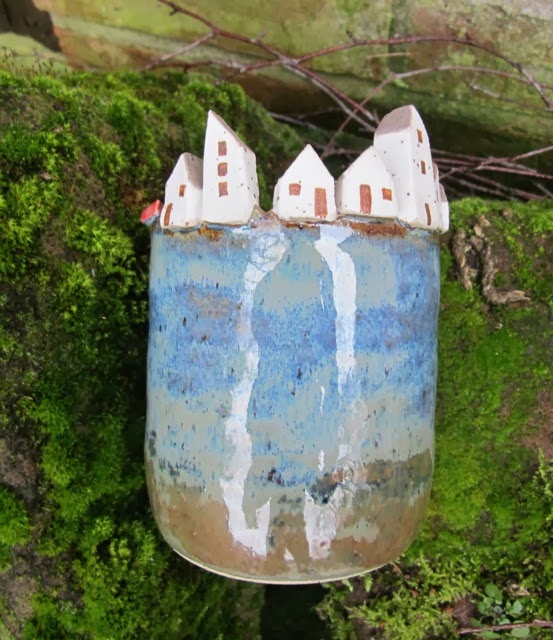 The fishing boat, bobbing seaside pot.
I can only say..... 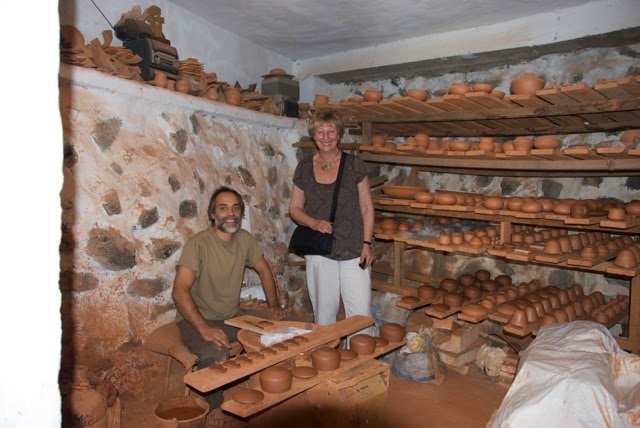 Posted by Sheila Graham at 17:33 No comments: