Last week Alan and I went to the cream tea, rolling hills of Devon, and Alan shared a pint of beer and a few tunes in a pub called The Grampus Inn, in the tiny village of Lee. 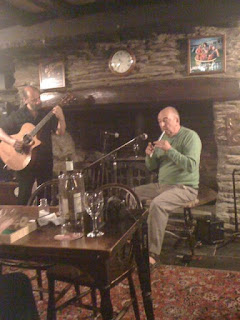 Click on the arrow, top right, and you'll hear Alan playing 'Joe's House'
He learnt the tune at the famous Burwell Bash workshop, run by the great whistler, Brian Finnegan. 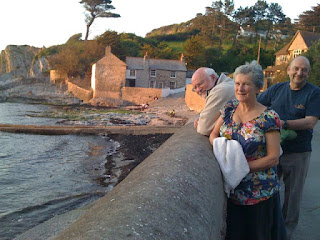 Early evening in Lee. Martin, Diana and Alan en route to the The Grampus Inn.

But only the week before we were in a very different place! The heart of London amid Jubilee madness. 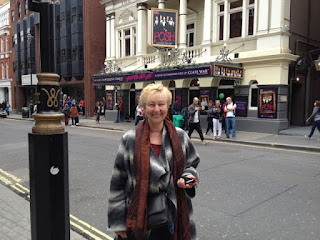 Here I am - proud Mum - outside the Duke of Yorks theatre.

Our son Leo (who I introduced to you in my Christmas post)  opened in the play "POSH" in the West End after a successful run at the Royal Court Theatre. The play takes a hard look at members of our present government, when they were riotous, young cads at Oxford University. But there are a few songs and a lot of laughs along the way, and hardly any empty seats. 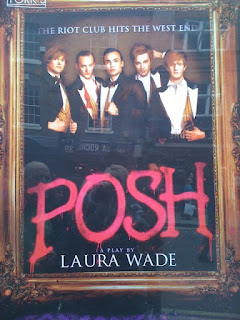 Leo is second from left looking very fierce. It's wonderful to see him looking so dressed up.

So, any potting in this post, I hear you cry? Well, no, not really. We've been rather too busy enjoying ourselves.
But I have been getting my hands dirty. Not in clay but in muck and soil. 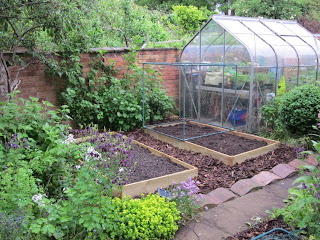 Alan made the raised beds, then we covered the surrounding paths with bark. I'll be growing tomatoes, kale, lettuce and green beans that are all ready to go in the greenhouse.
But, although the summer has arrived later than usual in England, our garden looks more colourful than ever. 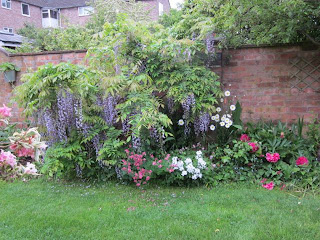 I would call gardening my obsession. Potting is my passion. I love making pots, but I couldn't live without a garden.
The Warwickshire Open Studio Exhibitions begin in July, so I have a few weeks yet to organise my exhibition space in the downstairs rooms. And I've plenty of time for a bit more sitting in the sunshine, a slow amble to the greenhouse to check how the tomatoes are progressing, and staring into the small pond to try to see the two newts that Rosie and I have called Isaac and Mrs Newton.
The break has been excellent, but I can feel the old passion creeping up on me again. The wheel will get turning soon, and the radio will get switched on in the basement, and we'll be off again. New thoughts, new glazes, new pots.

Posted by Sheila Graham at 15:36 No comments: